First off , we’ll go through these golden Remixes volumes, where Simbad revisited tracks by Sean Kuti, Quantic, Karizma and so much more. His discography consists of over 200 music productions and remixes! so if anyone were to mention it all, that would cost us a day… which I’m in anyway.

We’re talking about the way this artist changes structure of tunes by keeping what’s essential in each of his remixes and enriching it on every aspects.

Since 2009, Simbad came up with the Remixes series and he’s already at his 4th issue, released earlier this year.

This release includes the remixes of Madres by Dayme Arocena & Tonite by L-Vis 1990 which are both previously unreleased material from the artist’s vault.

The tracks that the uk-based artist fuse up with, always get things shaky and instill the need to move, on anyone listening. On his Remixes volumes, a track can be of  instrumental-orientation and another could be one deeply interwined with an electronic, acid, kind of groove… the various and rich colours you’ll hear in a listen will leave you mind-opened, brought to heights where you’ll never want to look down and swayed in directions you least expect… well having any kind of expectation or presumption, before even giving a first-ear, is what makes music blurred for any listener, innit?

Simbad is also the one behind, the critically acclaimed album, Supersonic Revolutions, which reached many audiences ranging from hip-hop heads to retro-soul adepts. He’s also involved with many artists and projects, which is another one-day-required-to-mention list, and among them is Brownswood Recordings, where he’s part of the Worldwide Family. 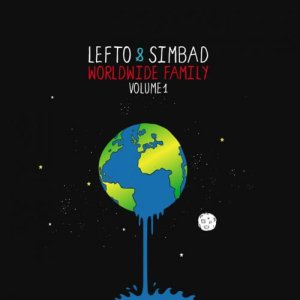 On this record, along with belgium dj/producer LeftO, both came up with the first volume of the worldwide family where half of the tracks were chosen by each, creating this killer of a comp.

A second volume was also followed by Kutmah.

Simbad’s busy remix schedule apart, he dwells in recording artists and singers from all corners of the globe through extensive travelling and DJs everywhere.

Recently, he dropped in Mauritius and blessed our island’s ears with his talent at the electrocaïne‘s anniversary showcase, during the porlwi by light festival.

To behold of Simbad’s tunes, just visit his bandcamp page and order, with just a click, and let the world know what you think about it.